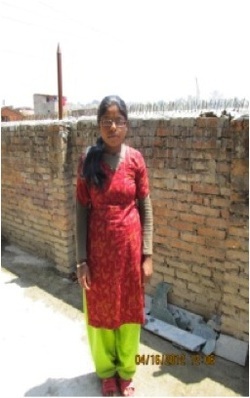 She is Uneducated, Lower caste, orphanage background. When she was 6years her mother left her forever. After that she did many struggle because she is older than 5 children. She never had been to school. She didn’t write her name also. So till 1 to 2 week she is learning Nepali and English alphabet and number after and before class in RTDC (sewing learning time). She didn’t get any chance for the job because she don’t have qualification, and in society they are dominate by other because of lower caste so she want to join RTDC to became skillful lady and it helps her to fulfill her basic needs and make her future life better. She became Christian before 3 month they don’t know how to pray.so this is time for RTDC to grow /develop them in Christ too. 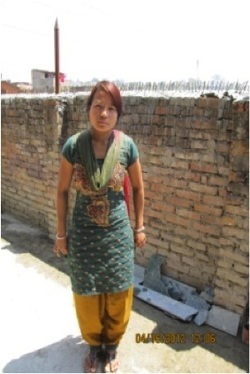 She is Orphanage,  married back ground. She is from remote area of Eastpart.when her parent left her she is doing farmer like collecting fire wood, grass and look after domestic animal. She didn’t get more education so she wants to join RTDC and want to self depended lady. 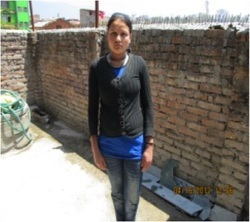 She is Lower caste,uneducated and poor family back ground. She has9 sister and 3 brother (12 children).because of big family she did not get chance to go school. Special in the past  only this caste ( damai)  did tailoring and their main job is sewing to every villagers clothes but now people are educated and all caste who knows  about sewing they can do this occupation. Her father  is old sewing person and he fulful his all family ‘s basic need s sewing all villagers clothes. But now he had paralyses, he can’t move and he is became older . She wants to continue her old profession (heritage) and became self depended lady.so she want to join RTDC. 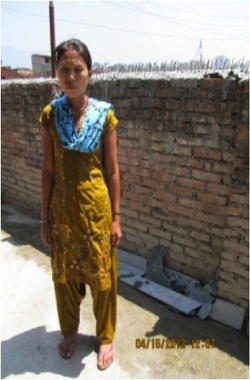 She is uneducated, poor, married background. She never had been to school. She had 5 years old son. She did many labor work like carrying brick, stone, cent to survive them self because she don’t have education/qualification certificate .she  is not fit in any place. She want to open tailoring after training to fulfill their life so want to join RTDC. 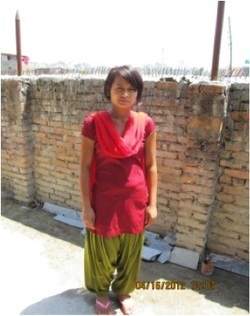 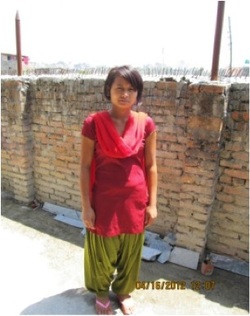 She is Poor, uneducated Hindu family background. She went to school 2,3 days only .her parents are doing farmer and she didn’t  been to school. Before coming to RTDc she was labour in karpet making place that is too dusty .There she got  Rs 500 rupee in a month .She is also wants to be self depended lady without any qualification certificates she want to join RTDC. 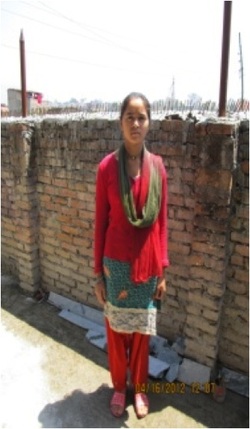 She is poor, Lower caste family background. She was sick since 1 year so she went to church then get healing then became Christian but not still baptized. She is depending with her family because she was unable. But now she can , she has same trouble like other lower caste lady so she want to join RTDC to be self depended lady. 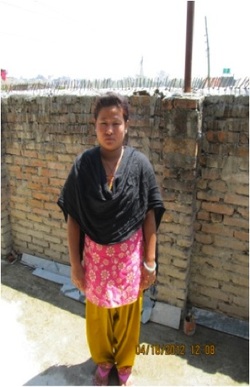 She is poor, deaf  family background. When she was  child her father  hit her  so she did not hear perfectly. So she was working as a labor ,she was carrying stone,brick,cheeps and other because she didn’t hear and she don’t have education so she can only carring.after some year my power will be  getting  down  then I can’t do this then how can I fulfill my basic needs and other so I am joining to RTDC that helps me when my power will be down because this is easy for everyone it does not need power she is asking in her interview. 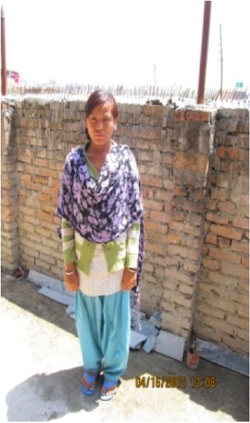 She is poor family background. Due to low economic status she can’t continue her study after 9.before coming RTDC she was passing her days doing house work as like other Nepali normal lady and now she is thinking that for herself, she don’t have any alternative way to survive herself now and future. So she wants to make skill as a living way now and future. So she joins to RTDC. 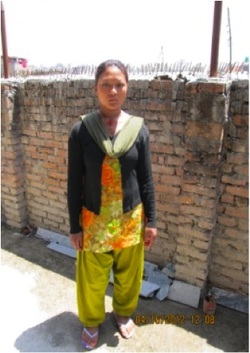 She is poor, Hindu family background. Due to big family and low economic status she can’t go ahead her study .She is searching for easy way for her future that helps her forever. So she find sewing which is easy way to earn money and for future so she want to join RTDC. 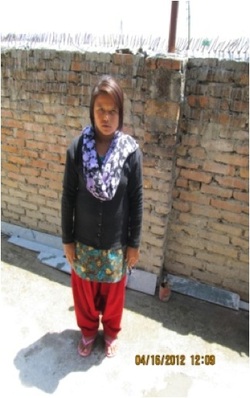 She is mute,deaf   family background.her family search many place for her but not findout because she is disable.when her sister hear about RTDC from believer/relatives  then they came to RTDC last graduation ceremony and watch all activities then they request us and we told them RTDC is for like you so you can join in next  group without any forced. Their family is very happy and they are very pleased to RTDC USA and Nepal. They believe Christian Lord will heal her so you all pray for her they asked us. So please pray for her.