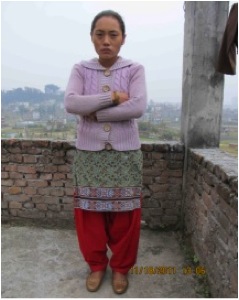 Student Background –She is Christain, discriminate from her husband back ground. She got married before 7 year. Her husband was Nepali an army. But her husband used to drink alcohol too much. So he was forced out  from that job and he left his wife too with his two daughters. Now she was living with her father‘s house. Before coming to RTDC She used to collect fire wood, grass Cutting from jungle. So she wants to do something for herself and her daughter. So join to RTDC. 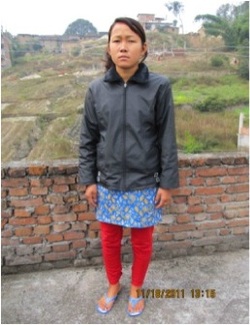 Student Background- She is Christian; Due to many people in family she could not complete her study because of financial problem. They have not enough land for cultivating for food. Before coming here she looks after animal like cow, goat and buffalo and she used to help at her own home doing house work. She want to join RTDC for Self depended, self support, after the training she want to help other as like her .

Age:23  Education : Never been to School

Students Background: She is Hindu, uneducated and from too much remote area .She is from Jumla which is very remote, undevelopment area, no food, no health care centere, no transportation. If people want to go other they have to walk 6 days-15days (according to our student)or have to use helicopter or airplane. Due to very poor background she never get chance to go school. Because of knowledge, education and miss care of pregnant period so loose her 4month baby two time. In pregnant period  her family her to do work to collect fire wood from Jungle which is heavy and far from house. These are happening lack of knowledge, tradition and proverty.if not do that kind of work it difficult to survive them self. So she want to join RTDC to gain knowledge, skill and self depended lady from easy way and many more. After training she wants to help other ladies as like her. 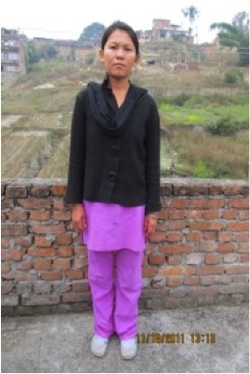 Students Background: She is Christian, Poor family background. Due to her family financial problem she could not continue her study so she has to leave the school. Before coming to RTDC she used to work as a house servant in her master house, she used to collect stone from River & sell in market to fulfill her personal needs. so she join  to RTDC  for Self depended, self support  and after the training she also want to help her to other. 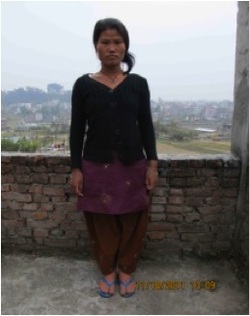 Student Background – She is Hindu, discriminate from her husband back ground family. She gets married before 7 years. In Nepal we call it child married. They got married at knowledge less age and now they have knowledge but they have their different desire so can’t reunion.husbant can get other marriage as their desire but wife can’t get without divorce from husband. So for this kind of ladies in society people look after for them bad sense/view even there is wrong about  husband ,society look after wrong for wife. This is old tradition and because of knowledge and education. So must of the village ladies, they  are brave, they have to many capable, but society and their family did not give allow to go outside. So most of the Nepalese ladies are dominated from generation to generation and depend on their husband/ family. Because of poor economical status she cannot go to school for the further study. Before coming to RTDC she used to Cutting Grass, collect fire wood from Jungle, and make an Alcohol and sell it on market.   she want to do something’s so she want to go  outside from that society and want to self depending ,self supported lady so she join to RTDC.after training she want to help other as like her. 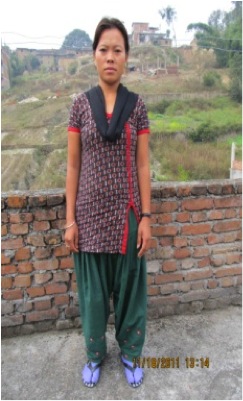 Student Background - she is Hindu family back ground . her story and Ranju ‘s story is same .she go to school for short time &after she left school. she also get child  married. After some time her husband left her. Now she is staying in her own father house..Before coming to RTDC:-she used to collect fire wood from Jungle, Cutting Grass, Alcohol selling  to fulfill her personal needs. she want to  Self depended, self support and want to show her society too. After the training she also want to teach to other ladies like her. 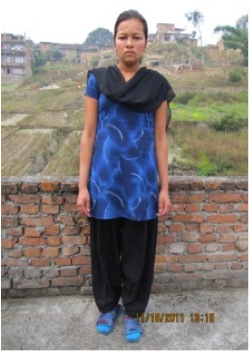 Students Background-She is Christian, low caste, Orphanage, poor background .She could not continue her study because of her father death and poor economical status. After her father death her mother gets other marriage than 8 children were parentless children. She is biggest/first one. Second one gets marriage. Other children were different orphanage child home because all are small. But she is bigger than other, so she went to small hotel for labor work (to clean pot ant table and other) but from that work she was not satisfied then again she went to other place’s   merchant house  as a servant at Pokhara. At there  also she has to do too many works and in Nepal ,house servant for ladies is not well. At the mean time one of the church leader meet her and through his recommendation she came here. She wants to do some things and fulfill her daily needs and self supported Lady. 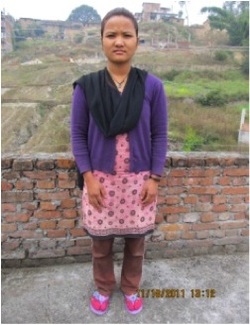 Students Background: She is Christian, poor background family. In her family both husband and wife only christain.Their other family member hate them because of Christian & they hate them because they have no baby after marriage. Now they have nothing, So they are living other’s house as a refugee . Due to her poor economical background she could not go to school.  Before coming to RTDC:-she used to go other’s house as a labor worker to fulfill their basic needs.  She wants to do some things, self depended, self supported lady so she join to RTDC. 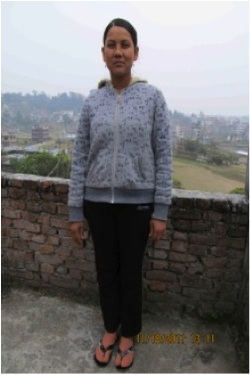 Students Background –She is Christian, low caste, discriminate from her husband and his family. Due to her poor family background family she did not get chance to go school more than this.She gets married before 9 years. She has 7 years one daughter but her husband is not with them. Her husband did not give her divorce and did not look after her and daughter. Her husband was also Christian but he is only physical christain.i mean bad man in Lord. He took water baptism too many place and to many time in different church. He told his wife I took too many baptisms what happen? Nothings! He looks after Lord as man but one day he will get great punishment from Lord. Now-a- days he is not christain.he have too many girl friends. One time he went to prison also in girl friend case. He lives their (girl friend) house but not looks after/supports his wife and daughter. So she fell that I have to do some things for my daughter as a parents and I myself also do some things that’s why   I also not depend on my husband income. So she join to RTDC and after training she want to teach other ladies too. 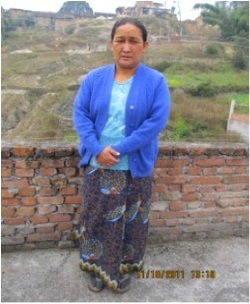 Students background- She is just  new Christian, and alcohol addiction lady .She is from Pokhara. Before coming here she was stay in rehabilitation center. This is also new background/history for RTDC too. She lose her life by using alcohall.her 3 brother and father also drunker I mean addict. She loses her father and still brother are addict person. Now  in this age /stage she feels that the important of life. Now  she want to do some things for her to  self depend. So she join to RTDC.